On the 26th Jan 2018, the Prize Giving Ceremony of the 2017 Zhongshan Menjoy Creative Industrial Design Competition was held in the Creation Space of Zhongshan Menjoy Industry Park.More than 100 people attended the ceremony, including the Deputy Mayor of Zhongshan People's Government - Mr. Yuelong Lei, the Vice Director of Zhongshan Economics and Informatization Bereau - Mr. Xianlong Huang, the Professor of the Industrial Design Department of Fine Arts Academy of Tsinghua University - Mr. Zhenyu Shi, the Vice Chairman of the China Industrial Design Association - Mr. Zhongxi Tang, the Dean of the Electromechanical Engineering Institute of the Zhongshan Institute of Electronic Science and Technology University - Mr. Qinxiao Gu, the Director of the Electromechanical Engineering Institute of Zhongshan Vocational Technical Institute - Mr. Pingfan Xu, the Vice Chairman of Zhongshan Menjoy Industrial Association and the Chairman of the Zhongshan Industrial Design Association - Mr. Chunjiang Li, the General Manager of the Zhongshan Intelligent Manufacturing Public Service Platform - Mr. Fan Zhang, and other leaders, guests and enterprises representatives. As the winner of the Silver Award and Excellent Award, SIRUI's Director of the General Manager Office - Mr. Xingfu Su represented the company to attend the ceremony. 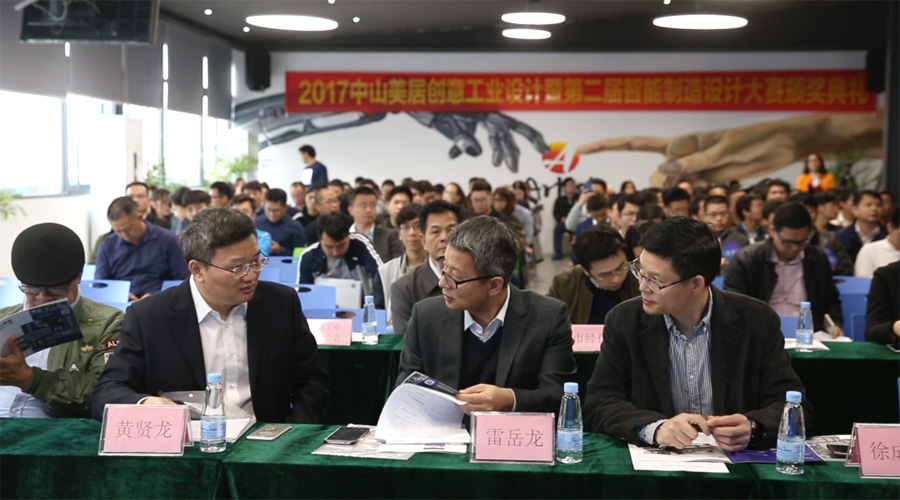 At 10 o'clock in the morning,the Prize Giving Ceremony kicked off on time. The Deputy Mayor of Zhongshan People's Government - Mr. Yuelong Leigave a speech at the beginning, he expressed his sincere thanks and enthusiastic congratulations to the awarded units and the designers, and shared his opinions for the industrial design concept and industrial design application, etc., and hoped all the designers in Zhongshan City could actively join in this creation activity that can effectively promote the industry additional value of enterprises to contribute our intelligence, wisdom and innovation.

It's said that the subject of the design competition this time was "Life, Intelligence, Creation, and Future", which was with bright new era feature. With the extensive participation of all social enterprises and designers, design organizations and institutions, total 1116 works were collected, 538 works of them were for the concept group, and 578 works of them were for product group. After rounds of selection, 4 works won the Gold Award, 6 works won the Silver Award, and 10 works won the Bronze Award.

After that, the Prize Giving Ceremony started, the leaders and guests awarded the prize cups and certifications to the winners of the Product Group and Concept Group of the competition. One ofthe Gold Award of the Product Group was won by the Lego Portable and Fashion Baby Carriages from Zhongshan Dorel Industries Inc.One of the Gold Award of the Concept Group was won by the work of intelligent guiding light for fire escape from a student of the Zhongshan Institute of Electronic Science and Technology Institute.